On the 10th of December, business leaders and HR professionals from dozens of companies joined us for an exclusive chat and Q&A with the Chief Wellbeing Officer of yulife, Dr Rangan Chatterjee.

Dr Chatterjee is a bestselling author and the BBC’s Doctor in the House. With over 20 years of experience as a GP, he has plenty of stories and empirical studies to support his theory of the Four Pillar Plan, which emphasises the importance of relaxing, eating well, exercising and sleeping for our wellbeing. 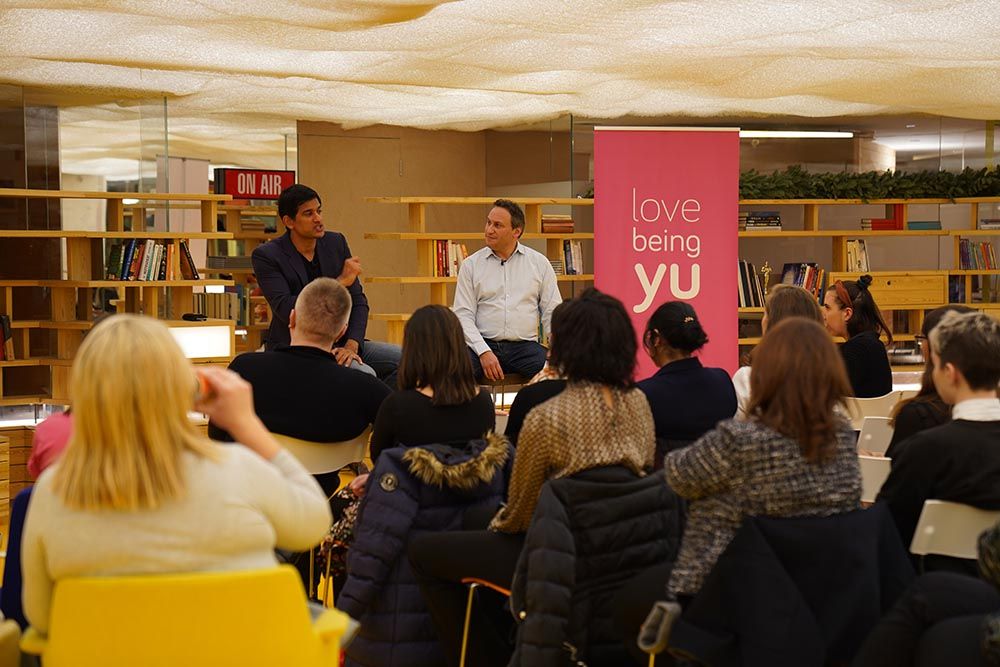 “We’ve been focusing too much on one area,” Dr Chatterjee explained. ‘Coming up to January, people will be focusing a lot on their diets, but only get 4 hours of sleep. I believe in a holistic approach to health, it works better in the short and long-term.”

The talk started with guided breathing led by Dr Chatterjee, following his 3-4-5 method (breathe in for 3, hold for 4, exhale for 5). “One area that’s been neglected for far too long is stress,” Dr Chatterjee said. “In the past, for most people in most jobs, you’d leave work and that would be it until the next shift. But now it’s routine to still be catching up on work whilst you’re on your way home, and then still go on your laptop and catch up on emails when you do get home. I’m not saying people shouldn’t be doing that, I’m saying there is a consequence to that.”

“1 in 4 people in any given year are going to be diagnosed with a mental health problem in the UK,” Dr Chatterjee laid out the gravity of the situation. “What this means is that in theory, 25% of your workforce will be suffering from a mental health problem, whether they have disclosed it to you or not. So, whether this affects you personally or not, it will absolutely be affecting someone in your work environment.”

According to Dr Chatterjee, companies should care for their employees’ mental health not only because it’s the ethical thing to do, but also because it’s the right business decision. “Workplaces are the ideal place to start thinking about wellbeing, at least from a health perspective, but it will also improve the financial viability of any business. People will take less time off of work, and you’re going to have more creative and more engaged staff. Once you understand the biology of stress it’s a no-brainer why you should be doing more to help your employees to engage in more of these practices.”

“We used to think that when we switched off from focusing on a task, our brain would go into sleep,” he continued. “But in the last 10 years, we realised from neuroscientific studies that this is false. When we stop focusing on a task at hand, the part of our brain called the Default Mode Network goes into overdrive. That part of the brain helps you solve problems and be more creative. By not giving ourselves that switch off, we don’t allow that part of the brain do its job. That’s why so many people get their best ideas when they’re in the shower or go for a walk.”

When it comes to supporting your employees and reducing their stress levels, Dr Chatterjee points out that it has to be simple, connect to existing habits, and more importantly - come out of a culture of wellbeing that your business needs to promote. 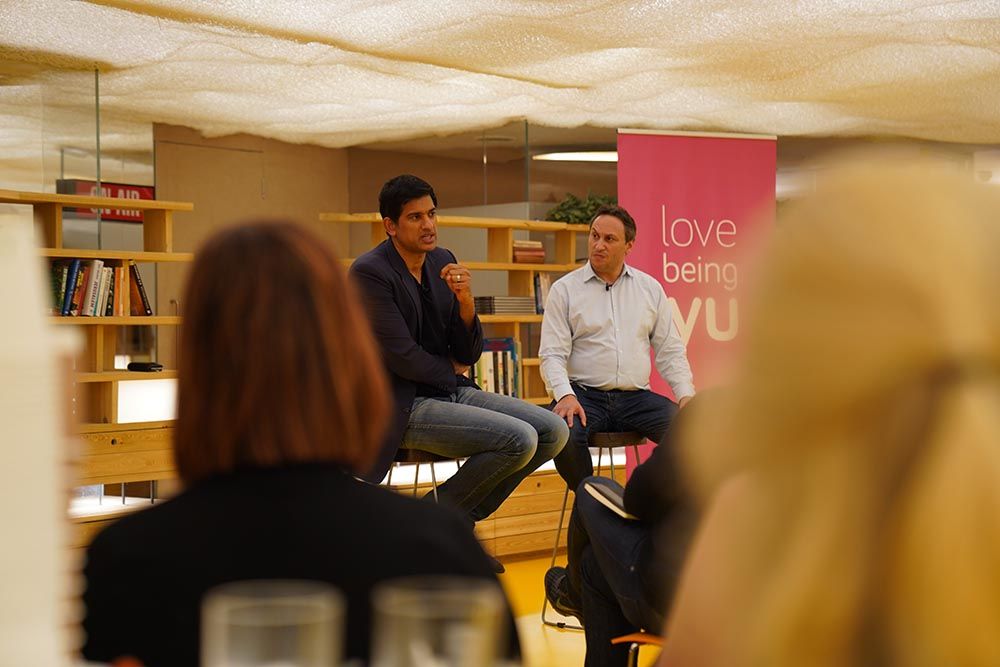 “Many of us know what we need to be doing, but it’s quite difficult to do it in isolation,” Dr Chatterjee said. “Workplaces are ideal because in communities and groups it’s much easier to make changes, when you’re not fighting against a tide of what’s around you. If you rock up to work one day and you’re standing at the lift but your colleague comes up and says ‘should we just take the stairs?’, before you know it, it becomes part of the culture at your company, and that’s the key.”

But it’s also important to make sure all levels at your company are on board. “If your boss says: ‘guys, I know we’ve been working hard today, a lot of deadlines going on, but let’s just stop now. Let’s make sure we get some fresh air and go outside’, suddenly that bleeds down to all the team,” Dr Chatterjee stressed. “Now they think, ‘hey, this is okay’, rather than ‘I have to do this in isolation’. That’s where the yulife app comes in so well, it gamifies it, it makes it fun. Gentle competition can be a good thing, it just helps that culture change.”

And in fact, the yulife app, which comes with every group life insurance policy from yulife, is built to do just that. Created with Dr Chatterjee according to his Four Pillar Plan, the app rewards your employees for taking care of their health. By participating in different healthy activities, such as walking or meditating, your people earn yucoin - the currency of wellbeing - which they can then exchange for Avios points and gift cards from brands like ASOS and Amazon. They can also compete on your company leaderboard or start their own leaderboards through the app, motivating them even further and creating that culture of wellbeing.

As a final remark, Dr Chatterjee gave a couple of tips to the audience. “If you’re going to make a change that’s going to be a long-term change, it’s got to be easy. You have to plan for that motivation running out. Stick it on to a habit that you’re already doing. When the kettle goes on in the morning, that’s when you do it!”

If you want to be invited to our next exclusive event about wellbeing at work and keep up to date with more interesting insights on the subject, sign up to our mailing list:

Fibonacci Communications hosted a fantastic Christmas event for their team, and we were lucky enough to be invited.

Our yulifers have done so much good in the past year, and we couldn't be more excited to share it with you.