Ch-Ch-Changes: How to Actually Reach Those Health Goals, According to Science

Diet books and TV trainers can often make you think that better health can only be achieved through adopting a radical approach. That's why when you think about improving health - you often think about cutting out all the fun bits from your schedule. But what if we told you that a big life overhaul actually demotivates you and sets you back? Becoming healthier is a process, not something to be achieved with a silver bullet. What we're saying is that, as ambitious as we are, humans find it dif 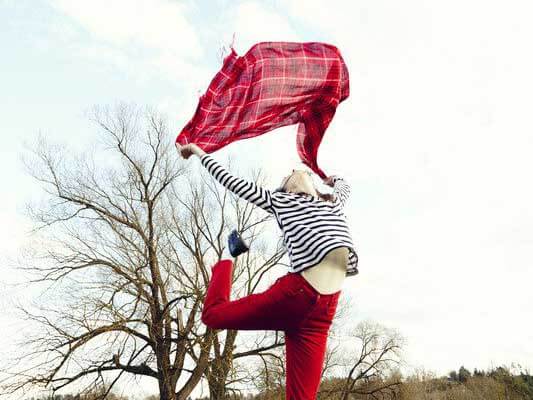 Diet books and TV trainers can often make you think that better health can only be achieved through adopting a radical approach. That's why when you think about improving health - you often think about cutting out all the fun bits from your schedule.

But what if we told you that a big life overhaul actually demotivates you and sets you back? Becoming healthier is a process, not something to be achieved with a silver bullet.

What we're saying is that, as ambitious as we are, humans find it difficult to maintain extreme changes in the long run. And what's the point of being VERY healthy for a few weeks (or days!) and then going back to your same old routine?

Researchers have found that behaviour change is driven by two main incentives: outcome expectancy and self-efficacy expectancy. We know, it's a mouth-full - but it actually makes a lot of sense.

Outcome expectancy is the belief that a behaviour would lead to a desired outcome. So, if you believe eating 5 different fruit every day will impact your health, you will be more likely to change your behaviour and eat more fruit. (Duh).

But here comes the big news. Self-efficacy expectancy is the belief you can actually change that behaviour. Which means, if your favourite food is pizza and you've decided never to go to Domino's ever again, you might not believe you can really do that, which would decrease your chances of changing that behaviour.

So in order to properly improve your behaviour, you should pick changes that are reasonable for you. If you're starting from the couch, don't sign up for a marathon. Maybe you could consider walking to work rather than taking the bus. Not only will this be easier to do, but you'll have more of a chance of maintaining this new behaviour. Meaningful change is incremental.

We have a few ideas to get you going:

People are drawn to the things that grab their attention. One study from the Netherlands showed that when healthy snacks and fruit were moved next to the tills, more customers chose to purchase them. Try to fill your fridge and shelves with healthy foods at eye-level, and hide those crisps away! That way, when you're a bit peckish and rummage through your fridge for a snack, you'll be more likely to pick up a nectarine and not cake.

2. Set health as your default

As much as we may be uncomfortable to admit it, we are more likely to just go with the flow than make proactive decisions. For instance, consumers were more likely to pick the renewable energy option from their electricity provider when it was offered as the default option. That's why setting an exercise and food schedule might be helpful - you'll be more likely to just follow through if you don't have to actively think about changing things.

Some of us have eyes bigger than our stomach. We tend to put a lot of food on our plates, which makes us focus on finishing everything rather than stopping when we are full.

4. Surround yourself with support

Ever heard of social proof heuristic? It's the psychological term for the tendency of people to be influenced by other people when they make decisions. The negative side of this is known as peer-pressure, but you can always utilise this very human tendency to your own benefit.

You may not be able to create fake pie charts every time you go to the supermarket, but going with a health-conscious friend could help. You can also use this principle in other areas of life. For example, you could create a WhatsApp group for exercise motivation where you share your workouts with your friends (or even your friendly rivals).

Studies have shown that incentives are a great way to promote change. Did you walk 10k steps every day for a week? Treat yourself to a meal at your favourite restaurant. Stuck to your food plan? Book a nice spa day (or a mani-pedi - let's be realistic, we're a busy bunch). Made your lunch at home instead of being tempted by that cheeky Pret sandwich? Go to the cinema to watch that new film you've been dying to see.

We all have certain treats we want, and they can help us achieve our goals. And the best thing about it is that if you're a yulife member, you're incentivised for healthy choices by default. Did someone say new ASOS handbag?